What Factors Drive the Cost of Solar? 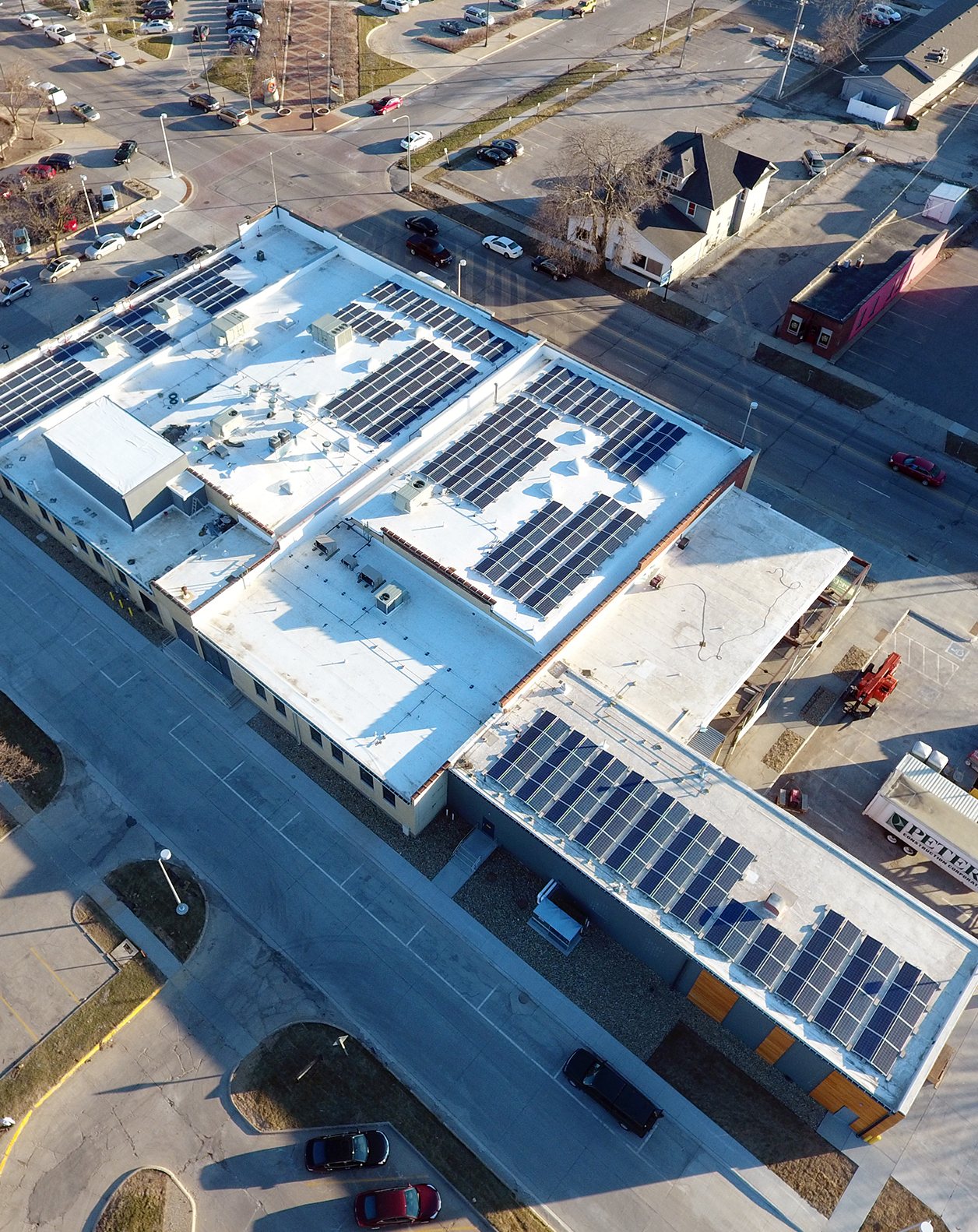 Perhaps your business is interested in investing in a solar photovoltaic (PV) system to reduce your monthly electric costs.

If you are considering solar panels for your business, one of the first questions you likely have is, “What does it cost to go solar?”

The cost of a commercial solar system is largely dependent on a few key cost drivers.

The 4 largest cost drivers of any commercial solar project

The important metric to pay attention to is the total installed system cost per kilowatt of DC capacity (kWdc). Typically, solar systems are sized according to the “DC capacity,” which is directly proportional to the amount of forecasted electrical production the system will produce.

When discussing cost, a common metric used is $/kWdc, which is a ratio of capital invested relative to the system capacity installed. This could be loosely analogous to building a new building, architects and contractors often talk in terms of $/sq.ft. In the solar world, we talk in terms of $/kWdc.

One of the compelling aspects of solar is that it is completely scalable. Systems can be cost effective at any system size, and the cost of the installation can be scaled to fit any budget, large or small.

Of course, the larger the system the more energy the system will produce; however, a small budget can be accommodated by simply sizing the system according to the budget.

Companies can easily put their toe in the water with a modestly sized solar system that is inexpensive, then scale-up later to generate more meaningful solar energy cost savings with bigger systems down the road. The technology is quite versatile in this way.

Like almost anything, the cost of solar on a $/kWdc basis goes down the larger the system. There are efficiencies to be gained on the installation, so generally speaking, the system will produce electricity at a lower overall cost the larger it is.

It is important not to oversize the system, as too much power will not yield optimal return on investment (ROI).

When SunPeak begins looking at any new project, one of the first things we look at is the current electrical load and available area and begin sizing the system accordingly to ensure optimal ROI. Only after a full energy analysis can an informed decision be made on the optimal system size.

While there are a number of important considerations to providing cost estimates on solar, system size is one of the more important.

Smaller solar installations are often for smaller facilities with utility rate plans that have higher blended utility rates, therefore the simple payback for both large and small systems can be excellent.

There are two major categories of solar installations: rooftop and ground-mount. As you may expect, rooftop systems are mounted to either flat or pitched roofs and ground-mounts utilize vacant land for solar mounting.

Ground-mounted systems can often be built bigger than rooftop systems, therefore they have the potential to become more cost effective if very large systems are desired.

Generally, systems below about 5 MWdc are likely to be less expensive as a rooftop installation than a ground-mounted system of a similar size.

There is a third type of solar installation, which is essentially a variant of a ground-mount: solar carports. Solar carports are typically more expensive to install, as they can require significant foundational prep to structurally withstand expected wind loading.

For this reason, carports are most appealing in solar markets that have particularly good ROI metrics, where retail electricity is very expensive and financial incentives are strong.

In many cases, customers pursuing solar carports recognize value in the shading and safety aspects of the carport, in addition to the value of the electricity produced.

One of the biggest wildcards for estimating system cost is the required facility upgrades that may be necessary to interconnect the solar system to the facility. Dated facilities often require additional AC infrastructure upgrades to accommodate the new solar system, which can increase costs.

The size of the system relative to existing infrastructure is also a consideration. Often, there are logical “steps” of proposed system sizes, whereby keeping the system below a critical threshold can lead to the most cost-effective installation by providing lower $/kWdc while avoiding costly upgrades.

Before any project is contracted, SunPeak performs a full site inspection including a review of electrical schematics to evaluate any necessary facility upgrades that may be necessary. In many cases, none are needed, leading to a very cost effective and simple installation.

Lastly, solar systems that are installed in areas that are earthquake prone require an additional layer of structural evaluation and often additional supplemental anchoring.

These factors are easily addressed, but often contribute to project costs relative to projects that are installed in areas of the country that have lesser seismic concerns.

There are many factors that can impact the cost of commercial solar panels, but some of the more important factors include system size, mounting style, the existing facility’s electrical infrastructure and seismic considerations.

While these generalizations are true, the best way to evaluate this for your business is simply contact a highly qualified solar contractor and have them help you through the process. Each project is different, and most often the final design is the result of an iterative process of weighing numerous factors.

At SunPeak, our industry-leading expertise means that businesses trust us to be their long-term solar energy partner. Our proven process and experienced team allow our customers to implement solar seamlessly, enabling them to reduce energy costs and embrace a more sustainable future.

We would love to help your company through this process. If you’re interested to find out more, request your free analysis.