When Should Businesses Invest in Solar for their Facilities? 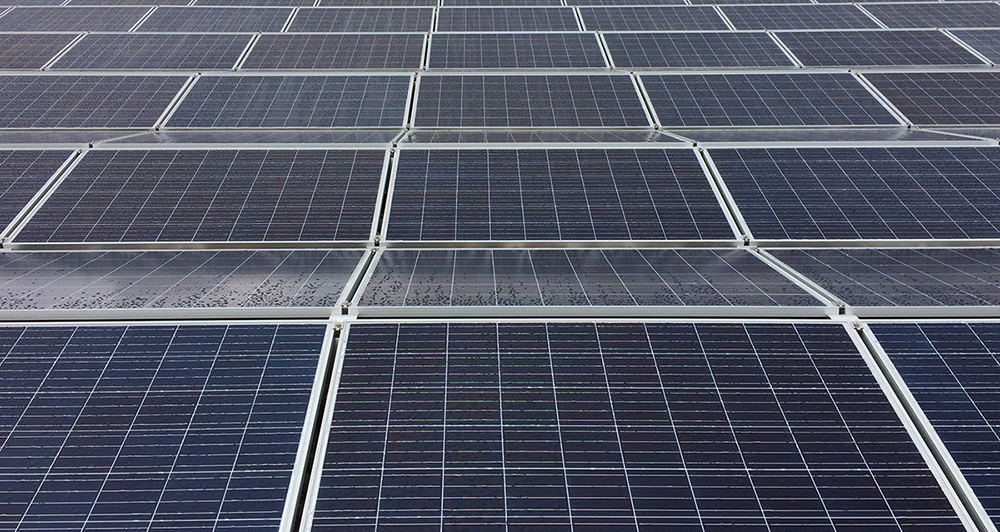 When, exactly, is the best time to invest in commercial solar? Is there a benefit for businesses to wait?

It’s no secret that solar is rapidly gaining popularity in the business community. From major U.S. companies to small businesses, the recent trend toward solar is unmistakable. Even more surprising may be its growth rate: in the United States more than half of all commercial and industrial solar capacity has been installed in the last four years.

If you have taken notice of this trend and the associated energy cost savings and sustainability benefits, perhaps you too are starting to wonder if or when an investment in solar could make sense for your company. As you try to compare solar against other possible capital investments, you’re likely wondering:

“What is driving the sudden growth of solar?”
“Could solar technology improve in a few years?”
“Is there a benefit (or opportunity cost) to waiting?”

Taking a closer look at some key information here will help answer these questions and prepare your company to make a smart and timely decision about solar.

The recent surge in commercial installations in the United States is profoundly linked to solar’s popularity and success abroad. Over the past two decades many large, industrialized nations such as Germany, Japan and Italy have moved to a power generation model that strongly favors renewable energy, specifically solar. Government incentives offered abroad, such as Germany’s feed-in tariffs, motivated solar adoption throughout the country and further paved the way for worldwide module manufacturers to develop stronger capabilities and increased efficiencies to keep up with demand. As quality manufacturing became more and more nimble, the price of solar modules plummeted. In the five-year span between 2006 and 2011 alone, solar PV system pricing decreased more than 50%. Further refinement throughout the last decade has resulted in solar material costs that are stable and favorable for commercial applications.

Like Germany and other countries that provided financial incentives to stimulate renewable energy investment, the United States federal government also rolled out a limited-term tax credit opportunity for businesses going solar. The Investment Tax Credit (ITC) provides businesses with a 26% dollar-for-dollar tax credit on the total system cost for solar installations committed to before the end of 2022. These tax credits will become less lucrative in the near term, winding down to 22% in 2023, and decreasing even further to 10% in 2024.

Thus, the answer to why solar has gained such rapid popularity: a perfect window of opportunity now exists for businesses to take advantage of high-quality, low-cost materials and exceptional financial incentives that also include accelerated depreciation. When adding to this equation the fact that solar locks in a very low levelized cost of electricity (net cost per kilowatt hour after investment costs are considered) for a span of three decades, businesses are coming to an exciting realization that generating even a portion of their own power onsite with solar provides sustained cost-savings benefits over purchasing the equivalent amount of power from their utility.

Of course, and perhaps especially, the environmental sustainability benefits and the related marketing opportunities have made the investment a win-win for both long-term cost mitigation and enhanced employee/customer relations and brand building efforts.

Tracking the Efficiency of Solar and Technology Advances

Despite attractive pricing, whenever making a technology-based investment for your business, inevitably one wonders if the technology could be on the cusp of marked efficiency improvements that could further enhance the return on investment. Here again, though the U.S. market is now experiencing the “early adoption” curve often associated with new technology, it’s important to remember that solar has already benefited from decades of application and innovation. To illustrate, consider the earliest days of modern solar use in the 1950s and 60s, when solar panels operated at approximately 6% efficiency. Today, with more than 500 gigawatts of installed capacity worldwide, solar modules for a commercial application average approximately 18% efficiency. This jump, though distinct, is very nominal considering how much time and worldwide investment has already occurred. Calculated on an annual basis, current efficiency gains equate to a mere .2% improvement per year.

Will solar continue to change? Absolutely. And while no one can predict the future, the favorable economics that currently exist for solar, paired with the immediate and long-term cost savings and sustainability benefits, make the opportunity cost of waiting significant.

Making the Most of a Solar Investment

Though there has never been a better time for businesses to invest in solar, how do you know if it’s right for your business? After all, every company has unique energy requirements, utility rates and policies, facility considerations and financial circumstances that play a role. It can seem like a daunting challenge to figure it out.

If your company is interested in exploring solar, seek help from an experienced solar provider who can work with you to evaluate your facility’s current infrastructure and energy consumption metrics while also providing you with a consultative approach to reaching your goals effectively. SunPeak’s comprehensive, in-house team provides education, project leadership and ongoing support every step of the way, including helping your business navigate and apply for available incentives, designing and constructing the system, and supporting the ongoing maintenance and operation of the system as needed. We can help you decide if solar is a sound option for you, and if it is, we’re here to make sure the investment works for you for the long term.

SunPeak works with organizations nationwide, providing them with high-quality, safe, and reliable solar PV systems. Our skilled team takes an educational approach with customers, and welcomes questions regarding commercial solar design, installation, maintenance, and financing. Please contact us directly with your questions, and also be sure to visit SunPeak’s blog where we post new educational content frequently.