If Utilities are Going Solar, Why Should My Business Invest? 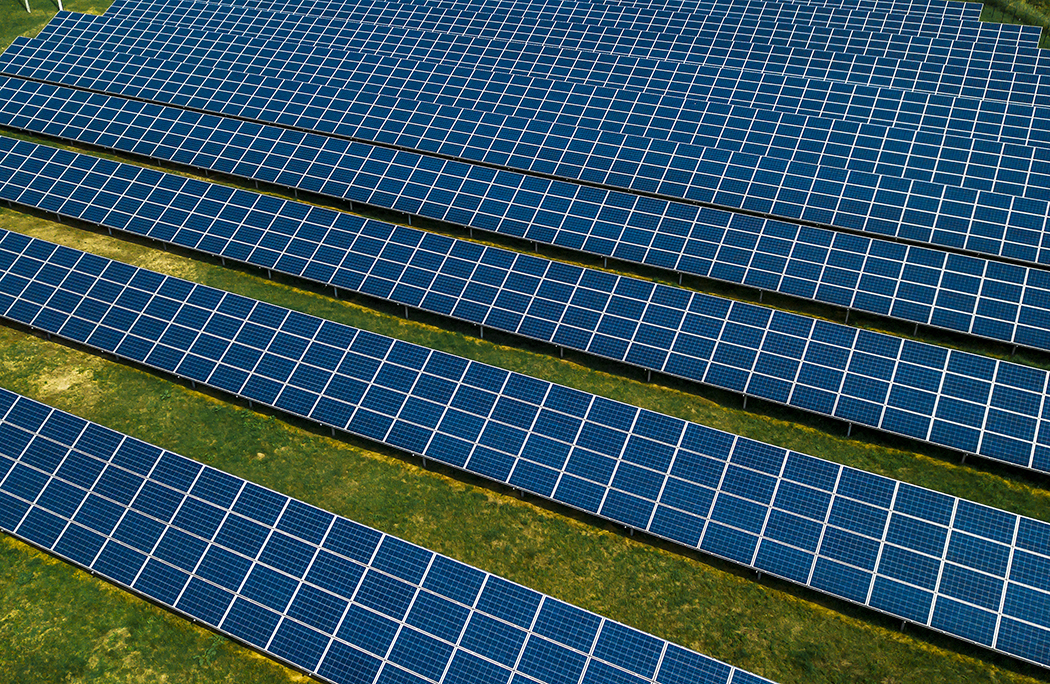 Nearly every week there is another headline in the news about the next huge utility-scale solar installation. These projects, which are often the size of large agricultural fields, generate electricity in a centralized location that is then distributed to homes and businesses (utility rate payers) through our existing power grid. Just about every major utility in the country has made solar a significant part of its future energy mix. This is very positive news, not only for the solar industry, but for overall renewable energy adoption.

We can all feel good that grid-sourced electricity is becoming less reliant on fossil fuels. However, if you own or manage a business, you shouldn’t view these news articles passively. There are many more reasons for solar’s recent popularity, and businesses that understand the trend and rationale in favor of utility-scale solar gain valuable insights that support their own on-site solar installations.

Here’s what your business needs to know about the benefits of on-site solar generation, even if your utility has already invested in solar:

Renewable energy, and specifically solar, is now competing head-to-head with energy costs associated with older, dirtier, technologies like coal and natural gas. To put this in perspective, the estimated Levelized Cost of Electricity (LCOE) for combined cycle (i.e. natural gas) generation technology is $0.03661 per kilowatt hour (kWh) vs. solar photovoltaic (PV) at $0.0328/kWh for new power plants put into service in 2025 (U.S. Energy Information Adminstration, 2020). Utilities are now going solar because it is simply a cheaper and better way to generate electricity than traditional methods, a trend that will only continue. Solar is already outpacing both natural gas and wind installations nationally.

However, when utilities invest in solar, the cost reductions result in their savings, not yours. After the local utility put in a new solar system, did you see your electricity prices go down? I didn’t think so.

The overall trendline towards increasing electrical costs continues at the retail level, which is the rate that matters to your business. In fact, the cost savings at the level of a “behind-the-meter” installation are much greater than utility-scale because the LCOE is competing with retail electric rates rather than “avoided cost,” i.e. wholesale rates. For example, if your company is paying an average blended electrical rate of $0.10/kWh, solar can provide over a 60% cost savings over the life of the system. Potential cost savings vary significantly by project location but can be easily quantified with some basic information inputs. This analysis is a core function of what we do every day at SunPeak.

Harness Tax Shelter and Incentives for Yourself

In addition to the cost savings by investing in solar for yourself, you also become the beneficiary of significant tax shelter and available financial incentives directly. The federal Investment Tax Credit (ITC) is currently 26% and the investment can be treated with full first-year depreciation (limited to 87% of the project value). These aspects combined often lead to over 40% of the cost of the system being paid for by first-year tax savings. For successful companies with appreciable tax load, solar is an excellent investment option to reduce taxes.

Additionally, many local and state financial incentives are available to promote the adoption of renewable energy. These are typically in the form of a cash rebate at installation, or a recurring payment for some portion of the life of the system. SunPeak is well-versed in these topics and has full financial incentive research and application capabilities. Collectively, we’ve saved our customers millions of dollars on the installations themselves through resourceful use of these available incentives.

Heightened Visibility of Your Commitment to Sustainability

There is no substitute for seeing a new solar array mounted on-site, providing emission-free electricity to your operations from the sun. Your employees, customers and other stakeholders will take immediate notice of the commitment you’ve visibly made to your sustainability goals and it is a major brand enhancer to any company. Solar is the future source of electricity moving forward and adopting it on-site shows that you are on the leading edge.

We have had some customers relate that one of the biggest benefits they received from the investment in solar was the increased level of employee engagement they observed after the system was installed. It feels good to work somewhere that is current with the times and making that position visible. Your customers will notice too.

Better for the Grid

Any time electricity is transmitted through power lines, there are inherent power losses that occur due to the impedance of the grid. By generating power on-site, where it will be consumed, the electricity travels a much shorter distance and therefore power losses are minimal.

Also, as the number of on-site solar installations continues to grow, the grid becomes more stable. Brownouts can be better avoided and the load on the grid is more distributed. As storage becomes increasingly integrated, distributed solar systems have the future potential to supply electricity during grid outages resulting from extreme weather or other emergency situations. As such, distributed PV can significantly increase the resiliency of the electricity system (National Renewable Energy Labratory, 2014).

It is great to see utilities adopting solar in large quantities now, a trend that is bound to increase in the future. At the same time, current solar adoption in the United States is still only 1.7% of our overall energy production (U.S. Energy Information Administration, 2020). This leaves a lot of room for improvement!

As with any energy-related topic, there is no one “silver bullet” that will solve all our energy needs in the future. The future of energy will rely on a mix of various sources. By adopting solar at both the customer-level (on-site / behind-the-meter) and the utility-level, we can significantly accelerate the rate of overall solar adoption in the country. The rate of climate change is accelerating, with the level of carbon dioxide in the atmosphere now over 30% higher than just 70 years ago (NASA, 2020), we need to step up the rate of adoption of technologies that can slow these increases as soon as possible.

When on-site rooftop solar installations are adopted, we take advantage of unused real estate to form a dual purpose. Electricity can be generated with no additional land use necessary. It is now estimated that rooftops have the potential to generate 39% (1,432 terawatt-hours) of all the electricity required in the country (National Renewable Energy Laboratory, 2016)!

Utilizing unused land adjacent to a business is another viable option. A recent SunPeak customer project took advantage of an abandoned and unneeded parking lot to install a ground-mounted system. This area was not being used for any other purpose, and we were able to convert a portion of an unsightly parking lot into an attractive solar system that now offsets over 25% of the company’s annual electrical load. That’s a true win-win.

The way we power our lives is changing. Since electricity began being implemented on a mass scale in the 1800’s, the model of utilities building power plants and distributing electricity with a network of transmission lines to consumers has served us well. With modern distributed PV systems, the ability to self-generate and consume power on-site provides an exciting new complementary addition to this existing system. On-site solar provides a unique set of benefits to the customer beyond what utility-scale solar can, despite being the same technology.